Each year, 40-50 students write a senior essay in economics. Of these, the top essays are nominated for a prize by both the student’s advisor as well as a second reader from the department. A committee comprised of faculty members from the Department of Economics read and select the prize winning essays. The prizes are awarded on commencement day during the students’ respective college ceremonies, and the winning essays will be posted on the prize page after graduation.

The nominated essays have been posted below with the permission from the authors. 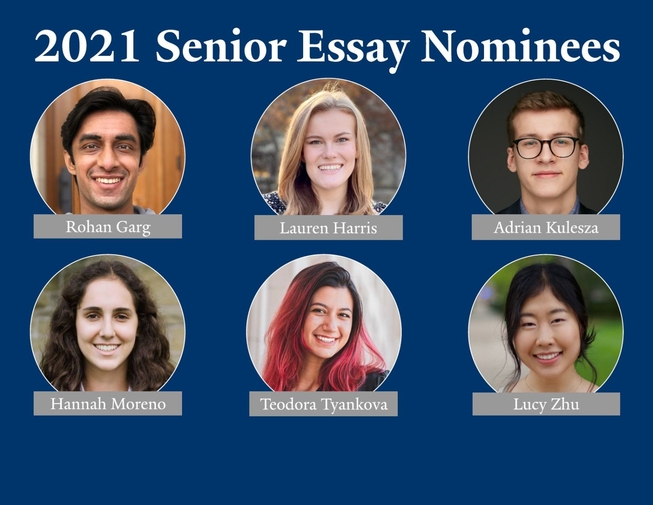