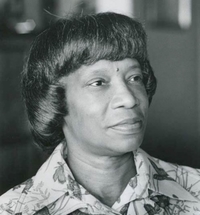 Phyllis Ann Wallace was the first African American woman to receive a doctorate of economics at Yale University. She earned an M.A. from Yale in 1944, and later a Ph.D. in 1948. Before attending Yale, she  attended New York University, receiving a bachelor’s degree in economics in 1943. She went on to pursue a career in international economics with encouragement from her Yale economics professor and having worked at a federal-defense agency.
After leaving Yale, Dr. Wallace joined the National Bureau of Economic Research as an economist/statistician, while also teaching part-time at the College of the City of New York. From 1953 to 1957, she served on the faculty of Atlanta University while also becoming a senior economist for the US government specializing in Soviet economic studies.
Dr. Wallace became chief of technical studies at the Equal Employment Opportunity Commission’s (EEOC) Office of Research from 1966 to 1969. From 1969 to 1972, she was vice president of research for the Metropolitan Applied Research Center. After serving as a visiting professor at MIT Sloan School, in 1975 she became the first woman to hold the rank of professor at the School. There she continued her work in these areas. After her retirement, she agreed to spend six months helping then Sloan School Dean Lester Thurow improve the School’s response to sexual harassment problems.
Dr. Wallace was the first African American and the first female president of the Industrial Relations Research Association. She also garnered several awards for her accomplishments, including National Economic Association’s Westerfield Award in 1981, and awards from several universities, including Yale and Brown.
Courtesy MIT Institute for Work and Employment Research/MIT Museum 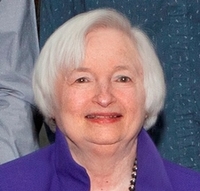 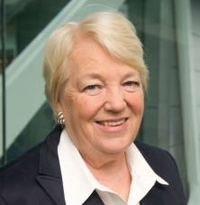