Below is a brief summary of the major requirements. For a more complete description of the rules of the major, please see the Yale College Programs of Study page.

A road map of the Economics major can be found on the Registrar's Office website. 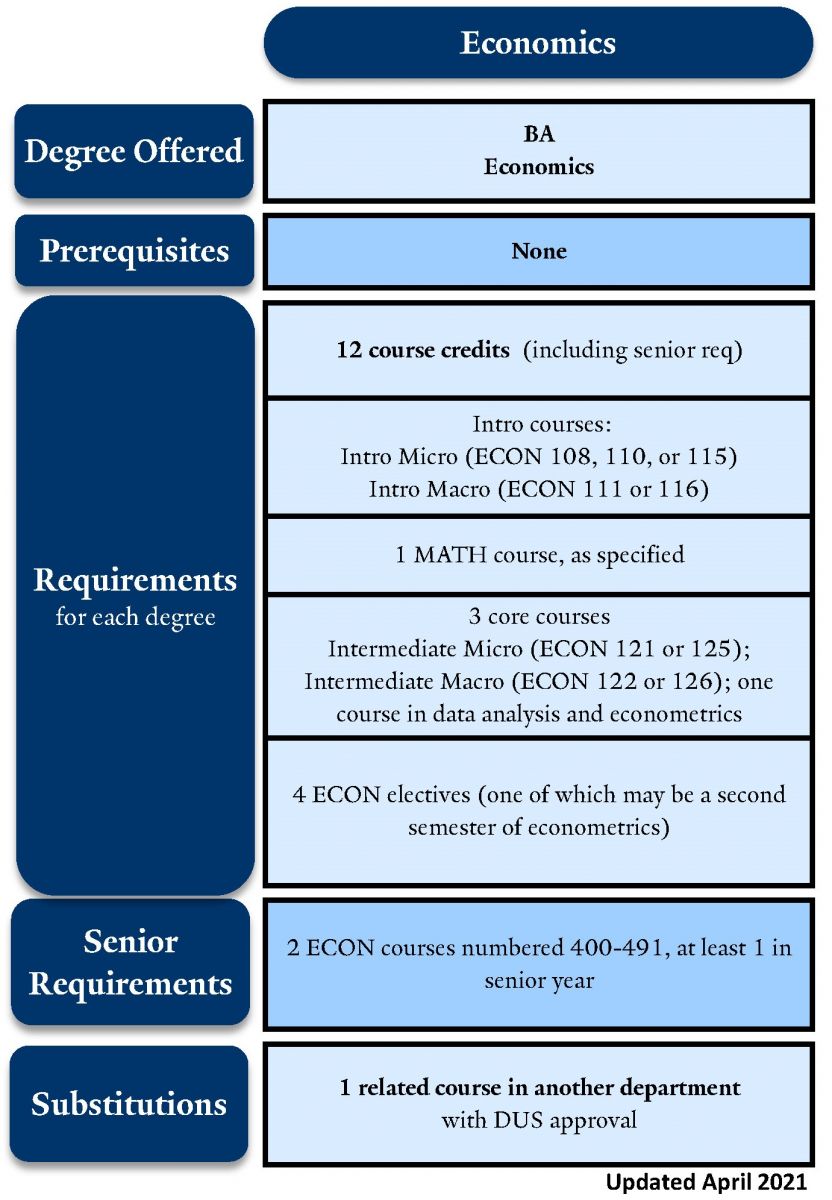 To earn distinction in the major a student must write a senior thesis earning a grade of A- or better and receive A- or better in 3/4 of major courses (not including math and introductory economics).

Additional information can be found on the Yale College Programs of Study page.

Computer Science and Economics (CSEC) is an interdepartmental major for students interested in the theoretical and practical connections between computer science and economics. The Bachelor of Science in CSEC provides students with foundational knowledge of economics, computation, and data analysis, as well as hands-on experience with empirical analysis of economic data. It prepares students for professional careers that incorporate aspects of both economics and computer science and for academic careers conducting research in the overlap of the two fields. Topics in the overlap include market design, computational finance, economics of online platforms, machine learning, and social media.

Additional information can be found on the Yale College Programs of Study page.