The Young Women Who Didn’t Accept The Usual Answers

The business meeting at the American Economic Association’s annual meeting had a reputation for being dry and poorly attended. But in 1971, a crowd packed into the conference room, eager to hear the debate over increased support for female economists.

A new proposal called for the establishment of the Committee on the Status of Women in the Economics Profession (CSWEP), among other resolutions. It had been written earlier that day in a whirlwind of activity initiated by female graduate students from Yale and other schools. They, along with women economists from all levels of academia, mobbed the business meeting along with supporters from the Union of Radical Political Economists to ensure that the proposal passed.

“Credit for initiating CSWEP must go to the young women studying economics at Yale…who didn’t accept the usual answers,” Carolyn Shaw Bell, the Wellesley economics professor and one of the meeting’s participants, would later write.

The women’s movement had invited the group of female graduate students to reflect on the status of women in economics and to question the barriers that women in academia faced. At Yale in particular, the arrival of the first coeducation class in 1969 had made women’s equality a constant subject of discussion.

The group of women, including Peggy Howard M.A. ’70, Heidi Hartmann M. Phil ’72 PhD ’74, Laurie Nisonoff M. Phil ’72 and Marianne Hill M.A. ’74 M. Phil ’74 PhD ’83, realized that women received the same degrees as men from institutions like Yale but were rarely appointed to faculty positions at research universities. The women had initially met through the Union for Radical Political Economists and were interested in integrating feminism into their research.

Francine Blau, professor of labor and industrial relations and economics at Cornell, was another one of the female graduate students. She was studying at Harvard at the time, but lived in New Haven because her then husband was teaching at Yale. In the spring of 1971, she had taught the first economics course on women in the United States as a residential college seminar at Yale, a course she had fought hard to teach at a time when curriculums focused almost exclusively on men.

The difficulty of gaining recognition for women at universities was fresh in her mind when she and the other graduate students resolved to attend the American Economics Association’s annual meeting to raise the issue of gender discrimination. On the walls of the Jung Hotel in New Orleans, where the conference was being held, Blau and the other students plastered signs asking women who wanted to meet other women to meet up later.

“All kinds of women came, including some who were assistant professors, associate professors, and even full professors,” Blau recalled. “At that meeting, we literally drafted the proposal to establish the Committee on the Status of Women in the Economics Profession.”

Upwards of 50 people showed up to the meeting, which was moderated by Nisonoff. Beyond the establishment of the committee or CSWEP, as it became known, other resolutions demanded the AEA’s formal adoption of an anti-sex discrimination position, open listings of employment opportunities, the appointment of women to editorial boards and child care at AEA meetings.

Carolyn Shaw Bell, the Wellesley economics professor, had emerged as the natural leader of the group and presented the proposal at the business meeting. Behind the scenes, Nisonoff, Hill and others had previously approached AEA senior leadership, including James Tobin, the Yale economist and outgoing AEA president, and John Kenneth Galbraith, the incoming AEA president, to ask for their support. While the proposal was met with some rude responses from the floor, it ultimately passed.

CSWEP’s first board included Bell and Blau, as well as Phyllis Wallace M.A. ’44 PhD ’48, the first woman and first African American to earn a PhD in economics from Yale. Together, the board oversaw two initial projects. The first was a survey of universities to obtain data on the presence of women economists in academia. This was to dispel the notion that there were no “qualified women” in the field, a common excuse for questions about the dearth of women in prestigious positions. The second was to establish sessions for CSWEP at the AEA’s annual meeting, at which CSWEP also created hospitality suites for women to support the women attendees, who made up a small fraction of total attendance.

Still, all was not smooth sailing. Many universities protested CSWEP’s survey and refused to send data on their women economists. Additionally, at one of CSWEP’s first sessions at the AEA’s annual meeting, the remarks of George Stigler, the Nobel laureate, could have been interpreted as implying that underrepresentation of women in economics was “biological” or at least to be expected.

Despite these initial hiccups, CSWEP’s impact continues to be felt today, nearly fifty years later. Blau would return as CSWEP chair in 2003 and oversee the creation of a mentorship program for tenure-track women economists, which has helped increase the number of female faculty at all levels. More recently, CSWEP has played a key role in the AEA’s reckoning with the continued discrimination that women economists face.

CSWEP’s Yale connection also continues. Its current chair is Judith Chevalier ’89, the William S. Beinecke Professor of Finance and Economics at the Yale School of Management. One of her first job responsibilities was to present Yale Professor Rohini Pande with the Carolyn Shaw Bell award for mentoring female economics students in the profession.

“CSWEP remains true to the vision of those early pioneers,” Chevalier said. “Our annual survey is still an important measure of women’s progress and we have expanded our activities considerably to include coordinating with the AEA Committee on the Status of Minority Groups in the Economics Profession, which is co-chaired by Yale professor Ebonya Washington, and the newly-formed AEA Committee on the Status of LGBTQ+ People in the Economics Profession.”

Further information on the founding of CSWEP can be found in the paper, “’Economics is Not a Man’s Field’: CSWEP and the First Gender Reckoning in Economics (1971-1991).” 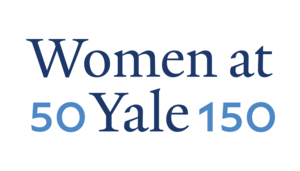 Lisa Qian graduated from Yale in 2020 with a bachelor’s degree in economics. Read her other articles in our series on the women who helped shape the Economic Growth Center and Yale Economics:

Nancy Ruggles, a Harvard PhD in economics, co-authored essentially all of her husband Richard Ruggles’ work during her lifetime, but was never offered a faculty position of her own. This article honors her contributions.

Mariam Chamberlain was also let go by the EGC, but after her initial setback became an officer at the Ford Foundation, where she became known as the “fairy godmother of women’s studies.”

Mary Reynolds put her love of literature on hold early in life because she felt it was less practical than social science. But after she left the EGC, she devoted herself to the study Irish literature and became a world-renowned James Joyce scholar.

Further information on the founding of CSWEP can be found here.