Stephen C. Freidheim is one of the lead donors for the new Tobin Center for Economic Policy. Steve is a long-time supporter of the Department of Economics. He received his B.A. in Economics in 1986 from Yale University and wrote his senior thesis with Jim Tobin. Steve is the Chief Investment Officer and founder of Cyrus Capital Partners, an investment advisory firm with offices in New York and London. He chairs the Executive Committee of the Board at the Peterson Institute for International Economics, he is a Board Member of the Council on Foreign Relations, and he serves on the Yale University Council. Dirk Bergemann spoke with him about the new Tobin Center.
Dirk Bergemann: As one of the lead donors, what was your motivation to support the creation of the Tobin Center?
Stephen Freidheim: I love the idea of a center within the Economics Department that focuses on practical and applied economics. A lot of opinions exist on a whole variety of issues, but rigorous analysis is too often absent from the discourse. I think Yale’s history of rigorous fact-based analysis within its Department of Economics can and should be leveraged throughout many more areas. I also think that Tobin is a perfect embodiment of this ideal, because he took the study of economics and applied it to making society better.
DB: What do you see as some of the big pressing issues for economic policies over the next five to ten years?
SF: Opportunities for strong, rigorous fact-based analysis are available in many fields, including environmental policy, public policy, health care, energy policy, and the list goes on. Debate can get very emotional, and often political; yet, there are real economics behind issues in this area. This discourse can need an analytical rudder. Whether it be on global warming, or it be on fossil fuels, there are real economic variables to be considered.
DB: Regarding the activities of the Tobin Center, what is your hope or expectation on what the center can add to the Economics department or to the University?
SF: Yale’s Economics Department is one of the best in the world, and I think the Tobin Center will extend Yale’s lead as the top economics department amongst peer universities. The department will greatly benefit and be advantaged by bringing economics into the studies of political science, environmental studies, architecture, hard sciences, etc—all of which is truly exciting. I’d add that, as exciting as the opportunity set is, it is the department that chooses the joint research programs. I think it is important that there is complete independence and academic integrity, which must be upheld.
DB: While an undergraduate at Yale, did you take any courses taught by Tobin or interact with him personally?
SF: Yes, I was in Professor Tobin’s Macroeconomics class, and then he was my thesis adviser, so I got to know him very well. I was fortunate that he loved to teach and spend time with his students. Over time I got a glimpse into his brilliant mind and got to know him as an individual. I came to respect both his vast intellect, and him as a wonderful man.
DB: What was your senior thesis about?
SF: I wrote my thesis in the mid-80’s during a period of vast and rapid breakthrough technological change, particularly in the service sector (the rollout of the 1G cell network, the ubiquity of the pager and the personal computer, etc.). My thesis analyzed these breakthrough technologies and we attempted to evaluate and quantify the impact on productivity going forward. The existing econometric models were better at assessing productivity gains in the manufacturing sector. We essentially concluded that the productivity gains in the U.S. that we expected to see were likely to far exceed what the econometric models of the time would capture.
DB: How has your economics degree helped you in your professional life?
SF: Two things. One, is how to think through problems. Critical thinking is a foundational pillar of the study of economics at Yale and more universally of a liberal arts education at Yale. How to think through issues; how to break them down, deconstruct, and reconstruct them. This critical and analytical approach is how I learned to think at Yale and essentially how I’ve addressed problem resolution in my career. Understand the issues, break them down into their individual components, reconstruct them. In my job looking at distressed companies, we often do exactly that. We literally break down the companies into individual building blocks; access each block; 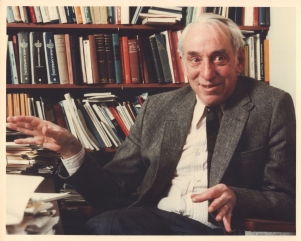 keep, discard, or replace each block; then rebuild the company back into a stronger and more sustainable enterprise.
The second has much more to do with the lasting influence that Tobin, the man, had on me. Jim had completely dedicated his brilliant mind to develop economic theories to be applied to better society. He wanted to reduce the human misery caused by severe economic cycles, like the Great Depression, which he had personally witnessed. Increasingly in my career, I think about the importance of having a positive impact on society. I think about this in my career, my company, and my life. Supporting Yale is certainly an easy and definitively good way to make society better. This is an important reason that being part of The Tobin Center has been so rewarding personally.
DB: The Tobin Scholars is one of the activities that you support as well, correct?
SF: Yes! The Tobin Scholars is an idea that was developed with David Swensen (who also studied under Jim Tobin). We really did it together. I wanted to do something for my 25th reunion to honor this great man and Yale professor. I was delighted that it also created a bit of a revival on campus for Jim, his lasting ideas, and his ideals.