Note: Projects for Spring 2022 will be posted in January, and applications will be accepted on a rolling basis from Thursday, January 20, 2022 until Friday, January 28, 2022.

The Tobin undergraduate RAs are named after James Tobin, a prominent member of the Department of Economics at Yale from 1950 to 2002 and the winner of the Nobel Prize in Economics in 1981. He was an avid supporter of involving undergraduates in research in economics and was the leader of “Tobin’s ‘army’ — generations of undergraduates [who] became part of an intellectual adventure … and were instilled with the desire to devote knowledge and reason to the betterment of society” (quoted in “Remembering James Tobin: Stories Mostly from His Students,” by Robert Goldfarb, Eastern Economic Journal, 2003). 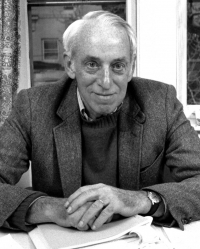 The purpose of the Tobin Research Assistantships (Tobin RAs) is to give undergraduates in economics at Yale an opportunity to learn about conducting research in economics by working as a research assistant for a professor. Tobin RAs begin in the Fall or Spring of each academic year and are renewable, upon mutual agreement of the professor and the research assistant, for up to one additional term. In each term, each Tobin RA requires approximately 10 hours of work per week for 12 weeks and pays $13.50/hour.

To apply for a project, students should submit an application form along with an uploaded curriculum vita (or resume). The relevant professor will receive an email of your application and curriculum vita.  Students may apply to at most three projects (one application per project), but accept no more than one position. Students who have participated in the Tobin RA program in the past are no longer eligible to participate.  Applications will be accepted on a rolling basis from Thursday, January 20, 2022 until Friday, January 28, 2022 at 4:30pm.  Projects may be able to accommodate more than one RA. Projects that have been completely filled are marked “Closed to further applications”.